In recent years, CBD products have taken the natural health market by storm. This is thanks in part to the increasing legality of CBD and hemp cultivation across various states, but it is more so thanks to an increasing awareness of the numerous benefits that CBD offers. In this article, we’ll take a look at everything you need to know about CBD, including what it is, how it works, and the various benefits that it provides.

The exact manner in which CBD interacts with the body’s endocannabinoid system is incredibly complex and would likely require a degree in microbiology to fully understand. In fact, scientists are still in the process of figuring out the precise interactions between cannabinoids such as CBD and the endocannabinoid system. It may be a drastic oversimplification, but perhaps the best way to sum up how CBD works would be to say that CBD is able to supercharge the body’s all-important endocannabinoid system. By enabling the system to function at a much higher level, CBD could possibly offer a number of interesting benefits.

Since the endocannabinoid system is responsible for regulating a wide range of biological processes, ramping up the potential of this system with CBD is something that can offer an equally wide range of health benefits. Just a few of the potential benefits of CBD that have been discovered over the years include benefits such as:

According to an article published on Healthline, research regarding the ability of CBD to reduce stress and anxiety has thus far been highly promising. One of the many ways in which CBD interacts with the human body is by influencing the function of CB1 and CB2 receptors found in the central and peripheral nervous systems. Among other things, one function that these receptors are responsible for is producing serotonin – the “feel good” neurotransmitter that plays a vital role in a person’s emotional wellbeing.

One common thread among people suffering from anxiety and depression is low serotonin levels. By increasing the brain’s ability to produce serotonin, CBD has been shown according to numerous studies to serve as a highly effective way to combat anxiety. One such study conducted by The National Institute on Drug Abuse found that test subjects who were given CBD were observed to have lower behavioral and physiological signs of anxiety throughout the study’s duration.

Marijuana is one of the oldest forms of pain relief known to man, dating back all the way to 2900 BC – and it is now thought by some that the CBD found in marijuana is one of the primary compounds that give it its pain-relieving properties. According to a study published in the National Library of Medicine, rats who were given CBD were found to have significantly reduced sciatic nerve pain and inflammation. Another study published in Frontiers of Pharmacology found that rats who were given CBD injections demonstrated a reduced pain response to surgical incisions.

Acne is caused by an inflammatory response. Since CBD has been found to offer powerful anti-inflammatory properties, it is now thought that CBD can serve as an effective way to prevent the onset of acne by preventing the activation of “pro-acne” agents such as inflammatory cytokines.

A study published in the National Library of Medicine found that CBD oil was able to prevent sebaceous gland cells from secreting excessive sebum, thus leading researchers to conclude that CBD could serve as an effective acne treatment. Another study also published in the National Library of Medicine reached a similar conclusion, stating, “Moreover, based on their remarkable anti-inflammatory actions, phytocannabinoids could be efficient, yet safe novel tools in the management of cutaneous inflammations”.

According to a Consumer Reports survey, 27% of adults in the United States say that they struggle falling asleep or staying asleep most nights. 68% of those surveyed, meanwhile, say that they struggle to fall asleep or stay asleep at least one night a week. Research is now showing, though, that CBD may be an effective tool for promoting better sleep. In a study published in the National Library of Medicine, 66.7% of the study’s participants who were given CBD reported improved sleep scores over the first month of the study. 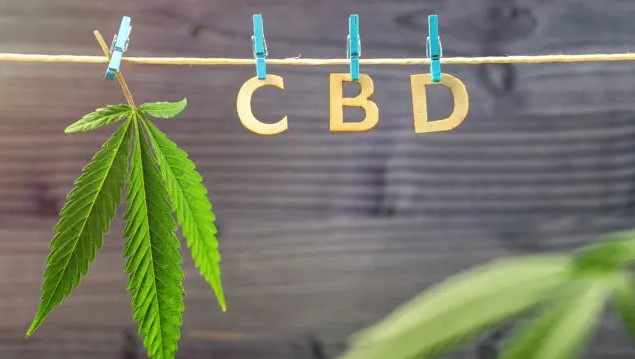 How Long Does it Take for CBD Oil to Work?

Research regarding CBD and the benefits that it provides is still in its relative infancy, and there is much more work left to be done before we fully understand exactly how CBD works and the health benefits that those who consume CBD can be expected to achieve. Thus far, however, research into CBD and its benefits has certainly been promising, showing that CBD may be useful in helping a broad range of conditions.

At Botany, we are proud to offer a wide range of high-quality CBD products, including CBD oils and CBD powders. Feel free to browse through our selection of CBD products, or contact us today with any questions you might have. A friendly and knowledgeable customer service representative will be happy to tell you more about our products and walk you through the process of choosing the perfect CBD product for your needs.

Botany is dedicated to providing dietary supplements and natural products of the highest quality for health and wellness. Our mission is to drive innovation in bioscience through a radical commitment to customer wellbeing, scientific rigor, sustainable operations, and public advocacy. More by Botany Staff

CBD Biohacking Could be the Key to Your Health and Wellness